Fear and loving in Laissez-faire 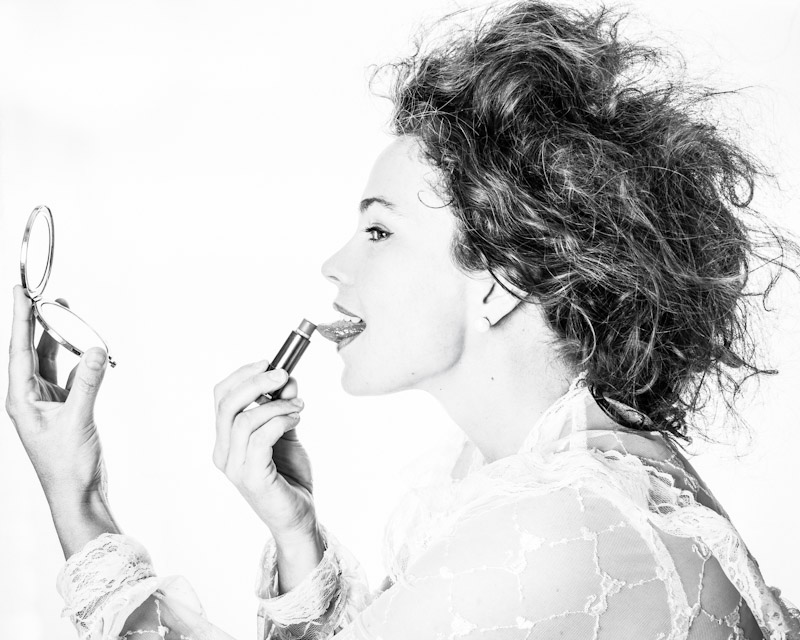 In a few weeks I will move on, away from my comfortable nest and into the unknown.
I have been forced to move due to a greedy landlord and that’s usually quite traumatic for me but I have been exploring why and it’s reveled a few interesting things.

I've mostly just cared for others since I was 18. Everything else has been a side project.
I made a break at 16 when I left Armidale and my sick and abusive mother. I had no plan; I just needed desperately to escape. Her sickness was cobbling me and I was sick of being her whipping girl. I needed out.
My fathers own violence and negelct had worn us all down and my mother would never recover from the abandonment and her M.S. grew like a weed.
So I left but a few years later, due to guilt and manipulation and my fears, I’d be drawn into the family drama whirlpool again and it’s only just now that I might have a chance to break free again.

Only the other day did it strike me that most of the choices I have made in the past are about being safe.
Most of my adult life I have just been looking to be physically safe, have a home and have shelter and a place where I could hide, where no one could hurt me.

While, I can see a more focused education may have helped me but the truth is my head was so scrambled from abuse I couldn’t see the forest for the looming shadows of trees.

My initial desire to leave home was to seek safety from my family and their hooks.
When that was achieved I then sought safety from my head and the sadness in there, the scattered jumpy brain patterns that were the legacy of my youth and I had such a hard time getting my shit together.
I sought safety in my dreams of finding a man to care for me and who would understand why sometimes it was so hard for me, who knew why I was frightened, even if I was so stupidly brave.
I just wanted to be safe.
That didn’t work out. I entered more abuse.
The truth for me was, I never found that safety in a relationship.

It’s a fairytale and as heartbreaking as this might sound, it’s never going to happen.
My knight in shining armor is me.
Little, scared, crazy me.
I am all that I have and it’s really not as bad as it sounds.
Because unless I create my safety, I will always expect someone to do that. It might happen but do I really want that? To have my safety dependent on another?
Most kids learn self-determination from their parents but kids who have been through abuse sometimes don’t learn how to be safe and self-reliant.
The psychological abuse messes with your ability to develop and while you might certainly be amazing in many areas, you might feel insecure and frightened in other areas, especially personal relationships.

This new realisation that I have never felt safe is really a revelation for me and holds the key to so much of my past behaviors.
I just wanted shelter from the violence and abuse that defined my childhood and certain relationships and I wanted shelter from the sadness and fear that had me on adrenal overload for years.
Some of that fear has driven me into dangerous and foolish decisions.
I won’t deny that but I will scream into your white bread philosophy if you try and tell me it’s some karmic debt. It’s not.
It’s just conditioning and neural pathways that were formed when I had no say in my life.
Seriously, never be so heartless and dumb to suggest I chose my childhood. I will come down on you with all the fire I have, and I have a really big repressed backlog.

All I knew was abuse, so everything that was comfortable to me was abusive.
The pattern repeated itself as it did with other family members until I was forced to do one of two things.Years ago I chose the first and I still do.

I am no stranger to judgment in regards to the choices I have made consciously or unconsciously in my life from some family, friends and even strangers.
I have been questioned and been expected to reply to a myriad of barbs.
‘Why don’t you have any respect for yourself?’ ‘You have no respect for the future’ ‘When will you learn’ and my favourite ‘Do you know what your problem is Ilona… (insert sweeping judgment)’
The truth was and is, I know my problems very very well.
I just don’t always have the solution.
But time and a break from the drama of my family along with the encouragement and understanding of certain friends has helped me grow and see things with a helicopter perspective.

It’s sometimes difficult to have to explain this to anyone who is incapable, either from lack of empathy or inability to understand, the culture of fear I experienced as a child in a violent and abusive home, but you know, most women see it.
They see it because they are still subjected to it EVERY DAY.
Women fear walking alone, women fear going out at night without a group. Women are always making plans to keep themselves safe.

Men who have been abused as children also get this and I have many beautiful male friends, whose eyes soften in a knowing way, because they know what it was to be that hurt and be that scared.
So my big epiphany, that through my life I have sought safety out of fear that my son and I will be abused, has brought up the issue that this has been my major motivator my whole life?
What a motivator, hey?
Imagine if my main motivation was, to seek new experiences, or to educate myself so I can help others, or to find poetry in forgotten streams. Imagine?
I needed a new motivator that would help change the way I live and move from an existence of fear, into an existence of hope and excitement for the future.

So I’m packing my house up, moving it onto storage and hitting the road to find songs.

I don’t expect it will be a massive cathartic change and I am sure it’s gonna suck at times but the alternative is based on what people did to me and not what I did to me.

So I ask one thing from my readers, please suspend judgment if you see someone struggling, just encourage them. You never know what their story is and what they have been through to get to this point. You don’t have to help them or save them, just say a nice thing. (but make it real and deep, telling someone they look hot is not a compliment, telling them that their ideas are hot is. )

They may have so little real and genuine positive inner thoughts that one word of kindness will be like filling their soul with gold.