It usually happens around 3-4am.
The waking with a dead heaviness and then remembering.
Remembering everything all at once.
A deluge of rotten debris and there you are, instantly wide-awake, heart hurting awake.
Like demented and panicked children running in your head, thoughts scatter and scream.

Why did you say that to the woman in the chemist today? Don’t you think your sister is right? You're an attention seeker who uses people. Why do you always fuck everything up? Why can’t you just sort your shit out? You know people think you’re a joke? Why did you even go into that last relationship? You fucked up again. You always fuck up. Yes, I know you are doing well at work but it’s only time before you fuck it up, like you fuck everything up. Now you’re about to be homeless again and the real estate thinks you’re a piece of shit and worth nothing. Maybe you are worth nothing. Your son isn’t talking to you, your friends aren’t calling or even there to help you because you are pathetic and a loser, just like your sister said. That last attempt at your album proves it. Didn’t even get a contract? Who the fuck does that? It’s simple, you annoy people and it’s best you stay away because you are horribly uncomfortable and you look like shit anyway. Nice job on forgetting to brush your teeth again before you went to bed.
Why are you even alive? Why do you bother, Ilona? You are dead in so many ways.

All this hits in a chaotic word bomb and smashes me awake and smashes into my heart and smashes my head and I start to cry.
My heart hurts so much, my body feels like I’ve been run over.
I try breathing and focusing on the positive.
The avalanche of wounded children crying out drowns my reason.
So I just keep crying and try to get my thoughts ordered.

It’s then I see a way out.
The solution. It would be so much easier if I just disappeared.
The images of my veins opening starts and it feels like a way out.
Like maybe I can be free of this horrible terror in my head.
It all just hurts so terribly. I can’t see the way out and the calming thought that I can die, soothes the thousand broken children squash game in my head and I start planning.
And then I stop. I realise I can’t kill myself. It's a fucking stupid idea. Not ever. It will hurt the people I love. The same people I can’t seem to connect with now as they don't seem to see how broken I am and maybe they will never understand how hard I am fighting to keep going but I love them and I don't want to hurt them.

So after an hour or two of negotiating with my infantile anxiety I start to calm down, I make plans for tomorrow and groan, knowing I will be exhausted again from lack of sleep. I soothe myself like a mother would calm a distressed child.
'It's ok, it's going to ok, you are tired, you have had a big day.. hush little one, hush'
I see how childlike these thoughts are yet how big the feelings that accompany them also are.
I fall asleep, the alarm rings. I half wake and the day time starts with anxiety, then after I listen to the 'sound of silence' three times while drinking strong black coffee, I start to feel better.
I do shit.
I cook, clean, work, write reports continue another day, sometimes I cry in my car on the way to work frustrated at the stupidity of my illness but mostly I just listen to audio books to distract myself from my thoughts.
Work is fine. Work is always fine, I drink coffee, I love my job, I am good, no, I am great at my job.
I spend beautiful rich and full time with people close to death, people with depth and understanding more than I know and they really like me and I really like them.
I don’t think a few folks at head office like me much but I think they respect the work I do.
Work has been the only thing apart from coffee that has kept me focused since the accident.

The fucking accident. I've been depressed before, I've had 5 depressive episodes but not like this.
Nothing like this. I’ve wanted to not be alive before, in the black hole of depression but only as a vague concept, I've never wanted to die.
I’ve never planned ways to kill myself and found it to be a relief.
The first night I had suicidal thoughts after my accident I nearly called the hospital at 2am to get locked up, but instead I contacted my therapist and told her.
She monitored me closely for a few weeks. I became less suicidal and start planning my path to recovery but I noticed something has shifted in me. 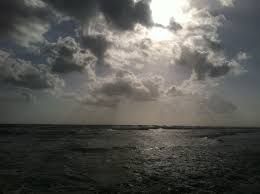 So what happened to me? I just don’t care about the things I used to.
Status, money, beauty, fame and designer food seem to be the staples of the world I am staying in and I don't want to be in it.  Still I look for a new home so I can burrow in and hide but the world seems to be filled with money sick real estate mongrels wanting to take all they can from you.
It’s fucking sick. I’m fucking sick. The world is fucking sick.
I go to the beach to sit and think and try and make sense of the senselessness.
I make a deal with the sea, I won't take my life until I write the worlds greatest book about pain, redemption, compassion, forgiveness and real estate agents.
I laugh at my genius, even this fucked in the head I can still trick my death wish brain.

Then I go and see my friend Jase to boast of my sea conversation accomplishment.
I think he's impressed.
He is also fucking tired of it all.
He’s fucked in the head like me but his is different.
Because he is different.

I tell him I’ve been seriously thinking about killing myself.
‘Me too’ he says.
‘Fuck you’ I say, smiling wryly, ‘It’s not about you, it about me.’
‘Darling’ he drones, ‘It’s always about me more.’
‘Are you being competitive about suicide with me Jase?’
‘Of course, it’s my nature’

I am safe with Jase, he won’t judge and won’t over react nor under react.
Actually he will, then he will admit he has then listen for a bit then just say, ‘I love you, Harker’ then we will begin to talk.
The hell nights, we both know them well.
I feel better having said something.
I have named the opiate dripping monster of my death calling.

The last week before I go outback for work, I move house, fly to see my dad who’s having another psychotic episode and weirdly is suicidal on top of his delusion (I know right?) but families that suicide together don’t stay together... remember that kids. I do two Johnny Cash QLD shows and sing at a very big wedding and my car is broken down.
Jase calls to check in.
I explain I won't suicide because although I am on my own at the moment, I know people love me so I am not going to add to the worlds pain, however I am going to go to the garage and perch myself on top of the pile of enormous shit I own and jump till I break my face and or leg.
He tells me I am an idiot and because as I am currently beleaguered with bad luck, I’ll probably fuck it up and end a quadriplegic.
‘Ah but then I can at least get sympathy sex and there are loads of really kinky guys who’d pay to have sex with a quad and then I’ll become an addict and after rehab write a book then retire on the proceeds.’ I retort triumphantly.
I’ll do anything to not have to do the next week.
He said my plan had flaws and lacked strategy.
I explained it was solid and I needed encouragement.
He said, ‘No darling, you need to work something else out, your plan is shit.’
‘Well do YOU have any ideas?’
‘I’ve got nothing, you’ll work it out, you always seem to’

I do the week.
I don’t smash my face but I also don’t sleep much due to anxiety, driving to fucking QLD and moving home.
I leave on a Sunday with a broken car, a thousand cups of coffee and a great relief that I made it, the classic foster lager ad as my inner ear driving song.

I go away for over a month for work, all is well when I am away. I love the road. It’s just me and no one I know, no one I have to pretend like I’m ok.
I had asked for help on my facebook, and although people responded, they did it online. It felt cold. I needed to be held.
One very nice drunk poet held me and said I was a sweet little thing. It was one of the most tender moments I had.
A few people called when I asked if I could be checked on. I asked because I was so desperate and I was hurting.
I stopped trying to reach out and just went away.

I came back to my home excited to rest for a few months after driving 15,000k’s breaking down three times, seeing my dad and helping him after the psych hospital and his mental health community treatment order and a weekend work conference, I find out I’m being thrown out of the home I just moved 6 weeks earlier. My sister has been contacting friends of mine on FB, as she is unhappy about what happened with my dads intervention and tells them what a terrible person I am.
She continues to send me emails saying things like how disgusted our dead mother would be about me.

The home I set up crumbles, I can’t find a place to live and I am crumbling again.
So I go to the fucking beach, the same beach that I made a deal with the first fucking time I was suicidal, all those months ago.
She greets me like an old friend, soft and enormous.
‘Ah, I’ve missed you’
We both sigh to each other.
Her skirts smash against me in delight and I fall into her.
I walk back onto land and as I’m drying myself, I feel all of her in me.
Her vast unknown depths and terror and her quiet beauty.
She kisses me with salt spray and asks how the book is going.
I smile.