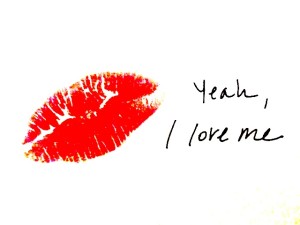 YES, I am sick again....(eye roll)
(I have a genetic immune disorder that's probably from my grandparents being first cousins, I know right!)

I have Mastoiditis and that means my skull has pus on it. Pus Skull. It’s my new pirate name.

It’s dramatic enough for me to feel justified on eliciting small noises of sympathy from others and physically debilitating for me to feel like I’m going to fall over to one side as it’s affecting my balance. Very funny to watch but not very good to work with.
I spent 17 years as a single mother and I have an ingrained fear about not having food on the table. I also grew up with Sarah Connor and GI Jane and so I know I should just keep going no matter how hard and never, ever miss work!

Missing work means that I am not providing and I am worthless and I am not contributing and I am single mother scum who is living off tax-payers and the good hard working people of Australia.
Yup, my mind is amazing at making sure I slave. It’s so ingrained that after sleeping two days straight due to being so sick, I called up my work in tears because I was letting everyone down and promised that I’d leave the next day as soon as the antibiotics kicked in.

The truth is my identity has slowly warped to be based more on my outcome than my actual self.
I work therefor I am.
I believe that I have inherited this notion from the breakdown of gender roles in our culture. As a single mother, I became the company man of the 60’s except I also did the cooking, emotional labour and frocked up like a fucking goddess!

This leads to complete exhaustion and body failure so here I am still with my hyper vigilance and my need to achieve so we don’t get thrown into the streets.
Um…. that already happened and I am no longer a single mother, I am just an empty nester with no nest.
So now I am furiously planning busceapades in my midnight musings and have not yet been able to get out of my work work work work mode.
Then I get sick. Then I call my work and cry.
Then I get better and work work work. Ad nauseum….

However, this week a woman I admire super dooper greatly (Mandi Kai) wrote a post about saying ‘No, thanks.’ She got a dream job and turned it down because it didn’t feel right and it didn’t fit in with her need for flexible work hours. So they got back to her and sure enough.., 'We value you and want you on our team so happy to work around your needs'?!?!
I initially was a little annoyed; not by her but by how I don’t do this.
I am so used to being in a subservient position for work that I don’t question nor fight back often, let alone ask for what I need.

It reminded me of an article I read years ago saying that self love is an act of fierce revolution because women are so used to putting aside their needs for the needs of others and that actually learning to love yourself, and I’m not talking about buying a new dress or more makeup but true self love and care, is so revolutionary that it will shock and liberate. Men need this too and also to actually have a revolution so they can wear the skirt in this house!

Mandi is having a velvet revolution simply by asking for what she needs. I must acknowledge that this is a position of privilege, many woman in our society just don't get the opportunity to do this. Especially minorities who have to work and often in poor working conditions. Worldwide, women do 70% of the worlds labour and they don't have the same leverage as western women do, however in saying this, if we demand more we become more equal and can help our sisters who are disadvantaged. Not in a patronising way.

Women can become martyrs and even congratulate ourselves, or more insidiously each other, for self sacrificing. We also can be guilty of policing other woman so they continue these roles.

Fuck, I’ve done it. From fat shaming, to mother shaming to choosing to not have kids shaming to status shaming to relationship shaming to single shaming sooooo much fucking shame and blame. I’m sorry.

I have a deep wound that I am still working through after a family member called me The Martyr after caring for my mum in her last years. Apparently it was my nickname with a few of the family. My anger at taking that role and then mocked actually inspired me to change my role and my position in my family.

It wasn’t easy and I lost contact with people I loved as I learned to find what I was, I started changing, I was writing, playing music, playing different characters, going to therapy and I became happier. I decided I deserved more.
I do. I deserved a voice and so I started using it, it was small at first and then it became louder and louder and sometimes too loud and sometimes too soft but I kept using it.
I have not perfected in anyway learning to live for my needs. I am working through so much and even last year after my car accident I decided I was going to MC a big festival and play 3 days after my accident!
One week later I was diagnosed with Acute Traumatic Stress Disorder.
I know! Right?!

But today, I called my work and spoke to a very lovely co-worker and said, I’m not driving 7 hrs to Narrarbri today as much as I want to and have anxiety about not doing so, I am staying to care for myself.
She congratulated me and said I could make up the hours next tour.
So simple and easy.
I did that today.
So small and yet so loving.
My petite revolution.
x