Julie told a story yesterday as we were enjoying a cuppa.
Julie is the woman who owns the building my studio is in; Julie is the type of woman I aspire to be. Sparkling eyes, kind hearted and a great yarner.

Over the years I have been honing my ability to sit still and listen to the stories of my elders.
I guess I always have listened to a degree but now I see the sparkle in the treasure glisten with more intensity as I too walk towards becoming an elder. We were outside the studio and I was impatient to finish a project and felt that annoyance in my body as a woman came over to talk while Julie and I were having a break.
She was interrupting our tea and would take up time as Julie talks to everybody.
I took a breath, told myself to drop and get over it.
At least she was wearing a mask I reasoned.
I’m glad I didn’t rush off because the woman had recently lost a loved one and was struggling.

Julie did as Julie does, she surrounded her with her endless love and regaled this woman, who has been visiting this area since she was a child, with tales of yore.

This is the story Julie told. 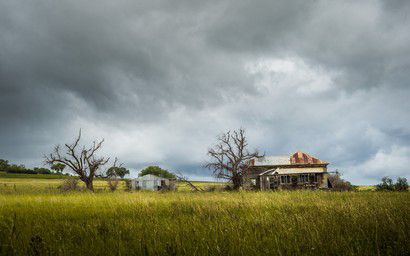 When Julie was young, in her 20’s she moved to the village where we are now.
The village was surrounded by farms, as it still is now, and in these farms once lived the farmers wives.
A tight, tough, wizened, kindly bunch of older women who always seemed to know what to say and do.
Young Julie was in awe of these women and was amazed at their ability to do everything, fix anything, heal most things and still heartily laugh at life.

Their collective wisdom was the local encyclopedia and they were called upon often but just as often would turn up unannounced when needed.
With soup, with clothing, with medicine, with tractors or with shotguns.
Their knack for knowing was uncanny.

One day on her way back from the big town, Julie discovered the back roads were flooded so she had to double back through town, over the big bridge and around to the main road to try and get through at the 5 ways, when she got there, that bridge was also flooded.
However, waiting resplendent near in their beat up farm trucks, on her side of the flooded road waiting to cross, were the farmers wives.
Julie went to ask them when they thought flood waters might receded, after all they knew everything.

‘Dunno love’ was the reply ‘The river does what it does’ was the sanguine reply from the oldest farmers wife.

Julie was surprised and to be honest a little disappointed at their response until one of the farmers wives said, ‘I reckon I know just what to do’ and she walked over to her truck.

Julie immediately brightened, this was what she was waiting for.
She’d heard tales of these women's strange bush tricks, performing near miracles on near dead livestock and now she was about to witness this first hand.
The woman went to her truck, Julie waited shimmering in excitement that she might bring out a rock, or a feather or some kind of ant-river rising amulet.

The woman arrived back with scones.

‘So who wants one?’ She asked in a tone that had the usual directness reserved for those from the country.

Julie's disappointment again resurfaced but a scone was a scone and she had to laugh at her own dreamy foolishness thinking that these women had some old farmers wife remedy that could stead a flooded river.

They all sat down to scones and chats about this and that, about other floods and who got stuck and where they got stuck and how they got unstuck til there were no scones left.

Julie stood to clean up and in doing so turned towards the bridge only to find that the river had subsided and the road was now clear.

And that day it was scones.